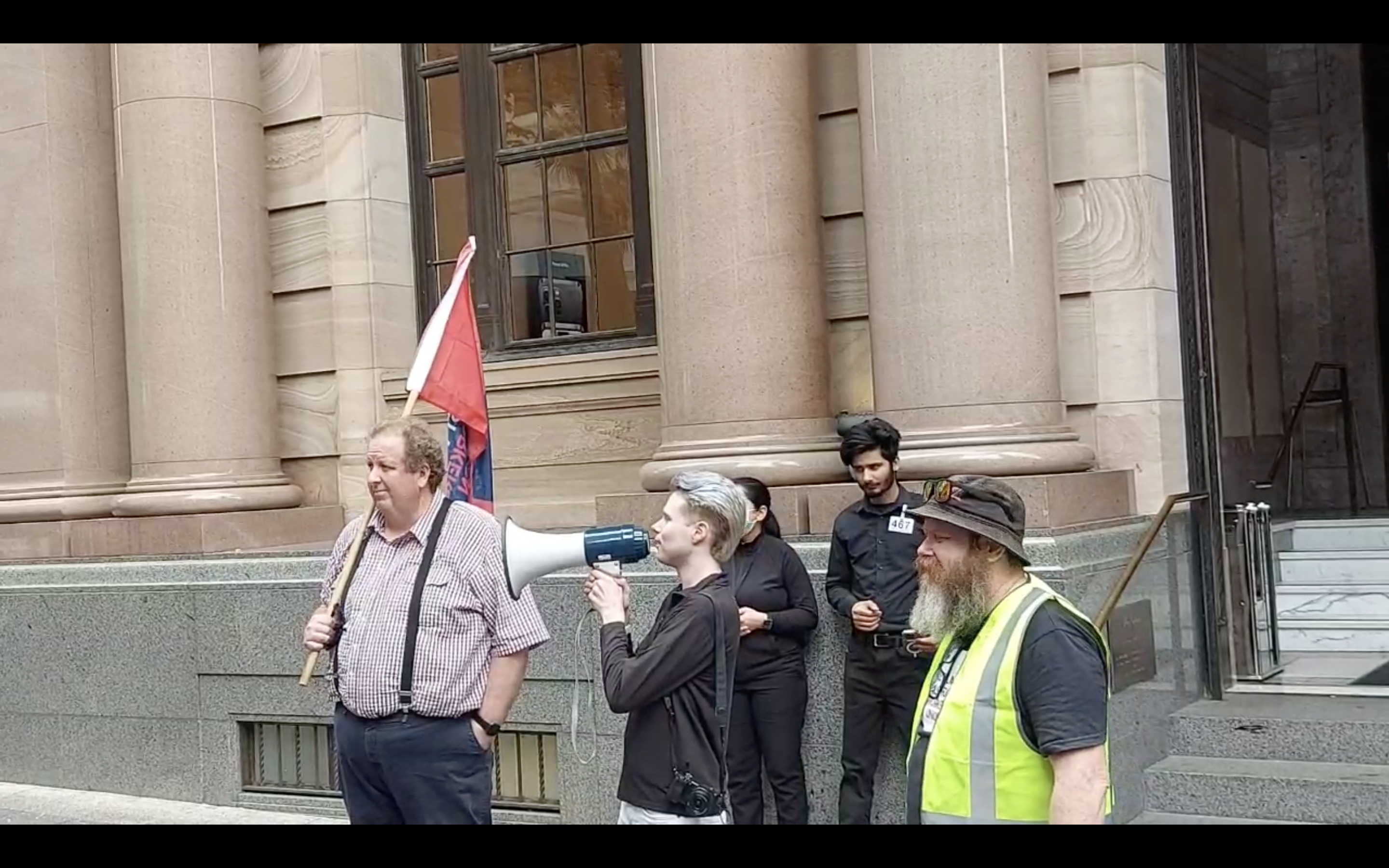 Apple is world-renowned as one of the largest and wealthiest companies in the world, with nearly one billion dollars of net income made in the last year alone. Though despite this their employees often find themselves lacking the same working rights enjoyed by other workers. Recently, 4ZZZ journalist Mack Prentis visited the first-ever coordinated retail industrial action against Apple in the world, as employees demand their working rights be brought up to Australian standards.

Brisbane Line is 4ZZZ's flagship news program, produced and presented by a rotating team of volunteers it airs from 12pm - 1pm every Tuesday, Thursday, and Saturday.