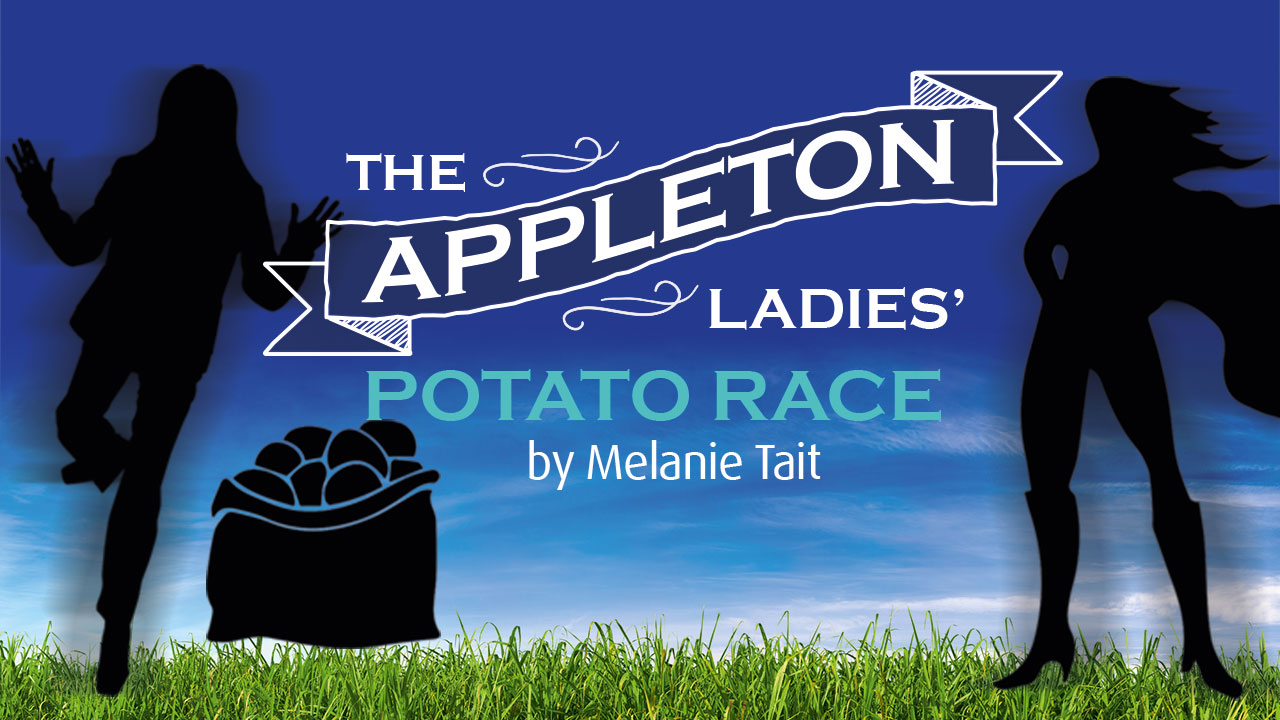 The CTG’s Appleton Ladies Potato Race is delightful, making heroes out of women and Gods out of potato farmers

The Centenary Theatre Group’s rendition of Melanie Tait’s The Appleton Ladies Potato Race is a charming colloquial insight into life in the small country town of Appleton in the Southern Highlands. It evokes the smell of livestock, the thrill of a CWA cream tea and the inevitable draw of the Dagwood dog. Based on real events with author Melanie Tait’s parents owning the Big Potato in Robertson, it draws you into the country life and has you longing to grab a sack of spuds to compete and protest with the women.

The warm spud-based story is a vehicle for social commentary on female expectations in rural Australia. Newly returned local GP Penny Anderson queries the discrepancy in the prize money for the famous Appleton Potato Race, with $1000 to the men, and a measly $200 to women. She  campaigns for tuber prize equality causing a rift in the population of Appleton and using social media to cause indignant ripples across the World. The more conservative residents including the show society President Bev Armstrong and daughter-in-law Nikki refuse to rock the boat and campaign, whilst others are incredulous at how such discrepancies still exist in the woke era.

Tait’s microcosm of the potato race highlights the root of women’s insecurities and inequity in rural Australia. Interestingly the men’s opinions are rarely voiced with only are a rare male voice on the Appleton talk back radio which separates individual scenes.

There are a sackful of female characters with Bev Armstrong played wonderfully by Alison Lees who dominates the Appleton show and the play. Her no-nonsense outfits and overpowering pragmatism bulldoze through the others whilst she softens the mood with her brilliant dinky di catchphrases exclaiming that the ‘women’s libber’ Penny Anderson (Meg Hinselwood), should ‘pour herself a cup of cement and harden up!’

The rough and ready hardworking Nikki played admirably by Beck Haining is a chip off the old block and the favourite to win the women’s race. Surprisingly, she too refuses to join the campaign instead focusing on the race by generously giving tips (or tits!) to the other competitors to ‘let your boobs be the boss!’

Meg Hinselwood is GP Penny, the quiet but unrelenting radical and the blight of the potato race organisers. She uses the gentle Syrian refugee Rania played by a very English sounding but otherwise convincing Ann-Marie Andersen, to help infuriate and divide the residents by petitioning and fundraising for equal prize money.

Barb is bubbly and bright with Leanne Bamford portraying a Dame Edna Everage styled character with a soft mashed potato exterior and a heart of fiery roasties, peppering the show with humour and pathos.

The set by William McCreery Rye and Alan Brown is simple but effective by dividing the stage into various permanent scenes. There was also a good use of multimedia with a national news flash on the TV about the radical rebellion in the small town.

The CTG’s Appleton Ladies Potato Race is delightful, making heroes out of women and Gods out of potato farmers so don’t be a couch potato and go and see it!