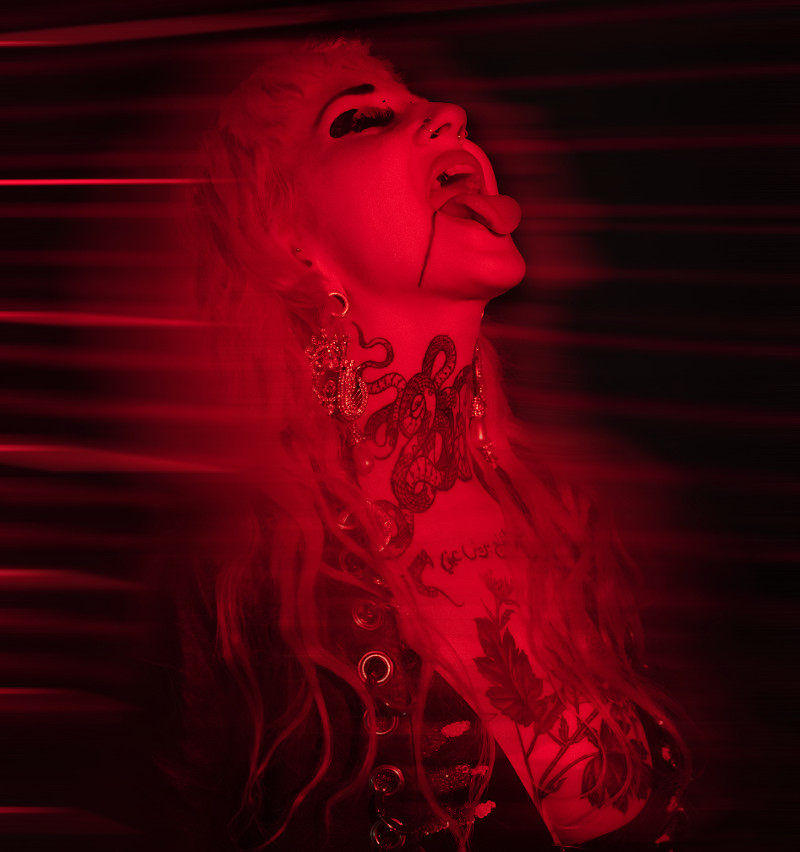 - It’s not very often the Eudlo Hall opens its doors to a gig, the area of the Sunshine Coast this gig is in is accompanied by a train station and a general store. Yet in the early afternoon of a Sunday, I find myself and one-hundred-and-fifty other people slinking into what on the outside looks like any other community hall from yesteryear. However with the avant-garde makeup and sea of striking fashion not usually seen at the Eumundi markets, it’s obvious this is a community event for music-heads from within one-hundred kilometeres-plusof the venue. Being the first gig put on by Peace Run Records, a small local operation, this is a night of community through and through. Two locals are putting on a fundraiser of cheap booze in the back to fund community events in the hall, whilst a friend of the promoter has a display of incredible baked goods and a banging spag bol or dahl available for less than a tenner. The stage is decorated in exceptionally bright streamers and floral displays, an adult high school recital with boutique amplifiers, the decorum of old plaques and a mysterious painting of the pyramids above centre stage.

Set times are loose, but we’re promised to be home and in bed before ten, at least those of us who haven’t trekked for over an hour from Brisbane. As the promoter delivers a short and sharp monologue on her love for the locals with a smile that puts the Guinness Book of World Records on notice, a mysterious, giddy figure in the back with a guitar equipped, bounces in anticipation. Moreton takes the stage with the swagger of a young Patti Smith, styled to exude post-breakup confidence and a general disdain for the many heartbreakers of Brisbane. Listening to Moreton’s solo set is like opening a diary into the past year of her life. Fresh, sincere and at times worrying in a way you would be worried hearing your pal talking a bit too much about their breakup. The in-between song banter only added to the energy of the set, a pseudo-smoke machine of suburban poetry delivered with the gall you would expect of Leonard Cohen. While Moreton shines in her typical band setting, set highlight Circles nails its namesake with her airy guitar floating in and out of grittiness as her voice takes a bite out of our hearts with spoken-word directness.

Nai Palm, to many fans the world over, is the band leader for the intrepid Hiatus Kaiyote, one of the most boundary-pushing neo-soul bands around right now. Whilst her output with that outfit -with three Grammy nominations under their belt- is undeniable, alongside praise of legendary musicians the world over including Prince, her talents truly shine when left to her own devices. Seeing Nai Palm with only a guitar and some mild effects to accentuate, you are immediately glued to her fretboard. Left wondering how one person can so effortlessly make it sing like a harp, hit like a hammer and lock in so perfectly with the human voice. Opening with crowd favourite Get Sun, the memo is immediately sent that this won’t be some funky party like so many of her gigs are. Nai finds a way to keep the pace and groove in her songs, whilst bringing a rawness whereby you feel you are watching her jamming at home preparing for an upcoming tour. With kids dancing alongside her on stage, the chaos is still there, with each chorus in Get Sun accompanied by a rolly polly or sidewards tumble for good measure.

When the cuts from her solo album begin to fly with an incredible cover of Hendrix's Have You Ever Been (To Electric Ladyland), the giddiness turns to awe as Nai makes her guitar sound like a mix of a harp and a piano as she rhythmically finger picks her way through her back catalogue. Being a queen of comfort behind her axe, it’s hard to understand the intricacies of Nai’s guitar playing when she truly doesn’t show a single ounce of doubt in herself whilst playing.

Over an hour into her set, Nai throws out the rule book, letting us know she doesn’t have anywhere to be and that it's time to buckle in for a lengthy set; no objections follow as she takes requests. Akin to her beloved Prince, Hiatus Kaiyote are a unifier in the music world, sitting happily within jazz and hip-hop circles alike, thanks to their groovy rhythm section that fits in so well with Nai’s futuristic chord choices. Without the other members of the band present, Nai showcases her knack for flowing chords, especially with the appropriately titled Molasses, bringing in the tail end of the near ninety-minute set with this crowd favourite, which, incidentally, has been sampled by hip hop superstar Anderson .Paak in the past. Without the piano trills to compliment the melody and driving drums the song takes on an almost melancholy tone, yet is redeemed by the uplifting experience that can only be had hearing the unusually transcendental blend of classic soul and crystalline pop (that'd put Kylie Minogue to shame) in Nai’s voice.

Watching Nai Palm perform is an experience akin to travelling through time, with her influences worn on her sleeve, so global and spread out across history. The frilly stage décor only adds to the experience: it feels like being in a dance hall from the '50s, at the turn of the blues movement at times, before being transported to a far-future of rhythmic possibilities watching her in absolute control of every note on her guitar. Nai Palm offers a taste of true religion, it's no wonder the flock were packed in so tightly.