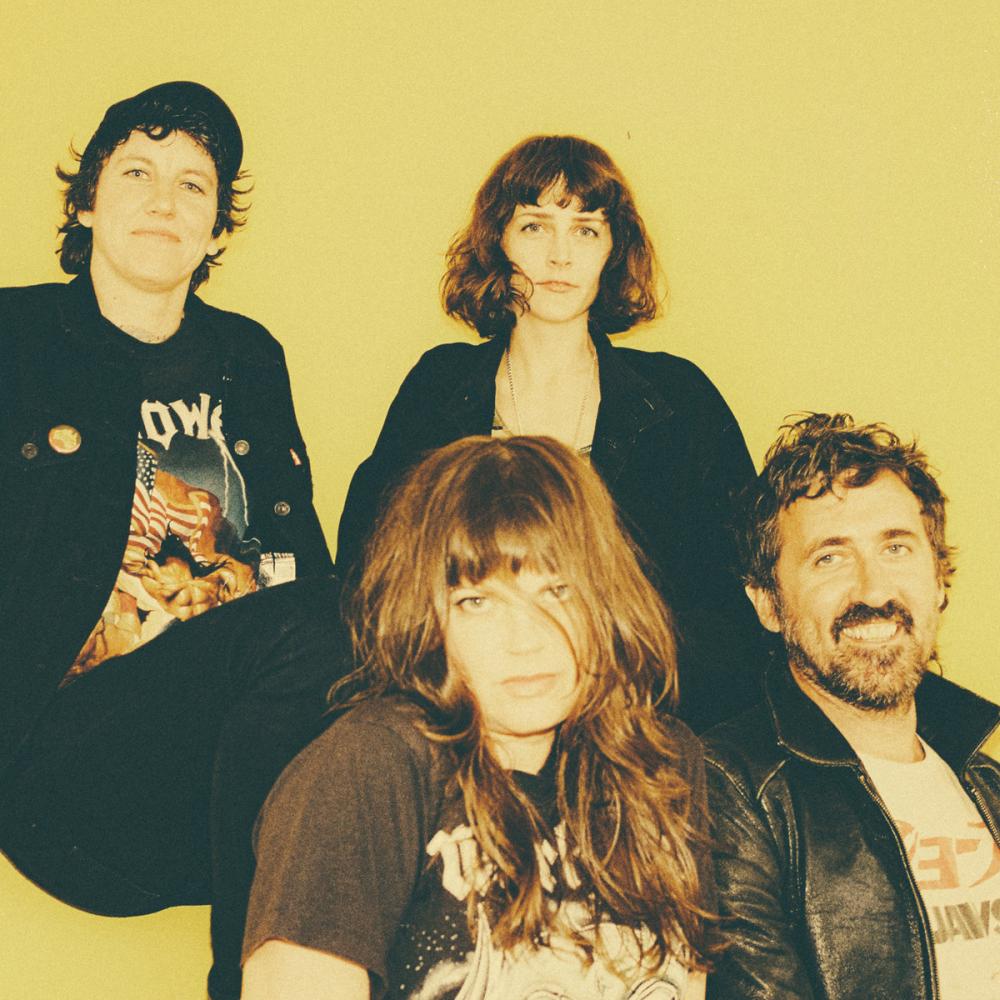 - There is very little that hasn’t been said about TFS, with the four piece starting on high credibility from albums with The Drones, High Tension and Mod Con and continuing to solidify their journey with an even wackier version of what most would box into a genre of alternative rock. With TFS spawning from one high of success from each member individually to find even greater heights as an ensemble, they are one of few heritage bands in the noisy music genres of Australia. While it might be a Thursday and relatively past most people's bed time, the turn up for TFS is strong and dedicated. In the parking lot outside, various groups of long haired fans and Nick Cave lookalikes show their friends the latest sonic discovery they have made, namely Party Dozen.

With a lineup of Delivery, Party Dozen and TFS, it’s a smorgasbord of noise from the tinny to the fuzzy to the lo-fi. Opening up the evening is the youngest of the groups, Delivery, with a sound that rides in the same golf cart as many other bands around the Australian punk scene right now. Punk edges with pop-adjacent melodies, lo-fi grooves and angular riffs, the next logical step of the firecracker for the indie punk scene that was Eddy Current Suppression Ring. It can be hard to differentiate between the many bands in this wheelhouse but Delivery ride above in their grooves and unusual instrumentation. They make sure not to get lost in the tropes of fuzz or normcore synth sounds, mixing up their vocals and genres throughout the set. While it can feel hard to pin down what the Delivery sound is just yet with only a slew of singles to go off, there is plenty of potential for listeners to find their access point. The lo-fi fuzz of Floored providing a classic slice of Soviet era punk with dystopian vocals to match, whilst Personal Effects utilises the cleaner melodies and angular grooves found in fellow punks Pinch Points catalogue but switching out the high-pace riffs for driven lower tempo room-shaking chords. Dip your toes in Delivery and you won’t be disappointed.

Experiencing Party Dozen live is pretty similar to performing a hard reset on a computer except it’s the part of your brain that processes audio being rearranged. Fast, abrupt and at some point a blue screen may take over your vision. With a constantly growing array of sounds, every time I see Party Dozen it feels like they’ve just discovered and mastered songwriting with a new effects pedal or patch in their production suite. With a new album recently under their belt, a collaboration with problematic musical demigod Nick Cave and a recent headline tour, the duo are riding a high. Whilst new album The Real Work sees the duo experimenting more with acid jazz and jazz house sounds as a juxtoposition to their synonymous wall of sound, their live show remains a formidable force. Screaming through “three quarters of the set in 20 minutes, now we need to jam for a bit” The sound system at the venue barely has time to adjust as the pocket rocket saxophonist that is Kirsty Tickle bobs around the stage akin to a wind-up toy with too many batteries inside. It’s uncanny how in tune Tickle can remain with drummer Jonathan Boulet as both demolish their collective instruments, Bouelt remains a tornado on the drums, finding new ways to lock into grooves whilst operating the backing instruments via a controller in his kit. He is playing 4D chess on stage, controlling the audience whilst Tickle provides a simple assault from all angles sprinting around the stage, screaming into her saxophone yet making it sound like a symphony recorded with a potato. Set highlight being the lead in to the fuzzy thrash of The Iron Boot (which in my humble opinion is as much a metal song as any) sending shivers down the collective spine of a terrified audience already in awe of two sweaty creatures that have managed to tap into a second win.

It’s easy to make comparisons between the sound of TFS and any abrasive experience in life. Being stuck in a bin being hit with baseball bats, having your heart ripped out and put between your legs as you are tackled by a human-sized dog, when the barista makes your coffee too hot and you can’t handle the social anxiety of taking it back. They’ve all been made, these are all very true in the case of a TFS live show. However with an opening rendition of Chameleon Paint whilst pounding VB and blasting a noise box of a synthesiser, it’s hard to describe the feeling of awe that comes over you as the floor feels like it’s about to tear open. With such a ripper of an opener, the crowd erupt frothing for more, only gassing up the ego of frontman Gareth Liddiard. “Don’t egg him on, it’s too early.” scream his bandmates, before long Liddiard is ripping his guitar off to play with his laboratory of effects to make his guitar erupt into a cacophony of noise whilst chugging a VB and lobbing it at a punter as a souvenir.

It’s obvious the Queensland crowds do something for TFS as they revel in in-between song banter musing about anti-vaxxers and the weather, as you do in Queensland. A rather timid version of Braindrops accompanies the chat, ditching the audio explosion of fuzz-fractured bliss for a more direct vocal delivery that really makes the delivery of “Look at that gack-head chew, high as a Panzer crew. Some soccer mummy's introduced him to the pigs” pop just that bit more. Whilst a cover of The Stooges cut Ann goes down a treat, chart topper You Let My Tires Down emerging out of a lengthy jam of a new untitled song brings the show to an early crescendo with a little bit of a mosh emerging from the very stilted crowd, most likely scared they would trip over their jaws.

Late set electronic jams are a somewhat recent addition to the TFS live arsenal and a beautiful way to make a crowd feel relaxed again after almost an hour of fuzzy manslaughter. New Agent Romeo gives all of the band a chance to focus more on jamming like when they are in the studio but does leave you wondering whether we might get a genre-bending album out of TFS like their mates King Gizzard and the Lizard Wizard. Rather than breaking for an encore, the majority of the band leaves after set closer Paradise to give the mad professor Gareth Liddiard plenty of time to tinker with his pedals and bust up his guitar one last time before an all-inclusive jam of Cold Chisel’s Saturday Night allows the mighty saxophone of Party Dozen to leave one last impression on the wide-eyed newbie. Bringing the new and the old and whatever you call a saxophone going through a fuzz pedal together, I guess we’ll call it bliss.