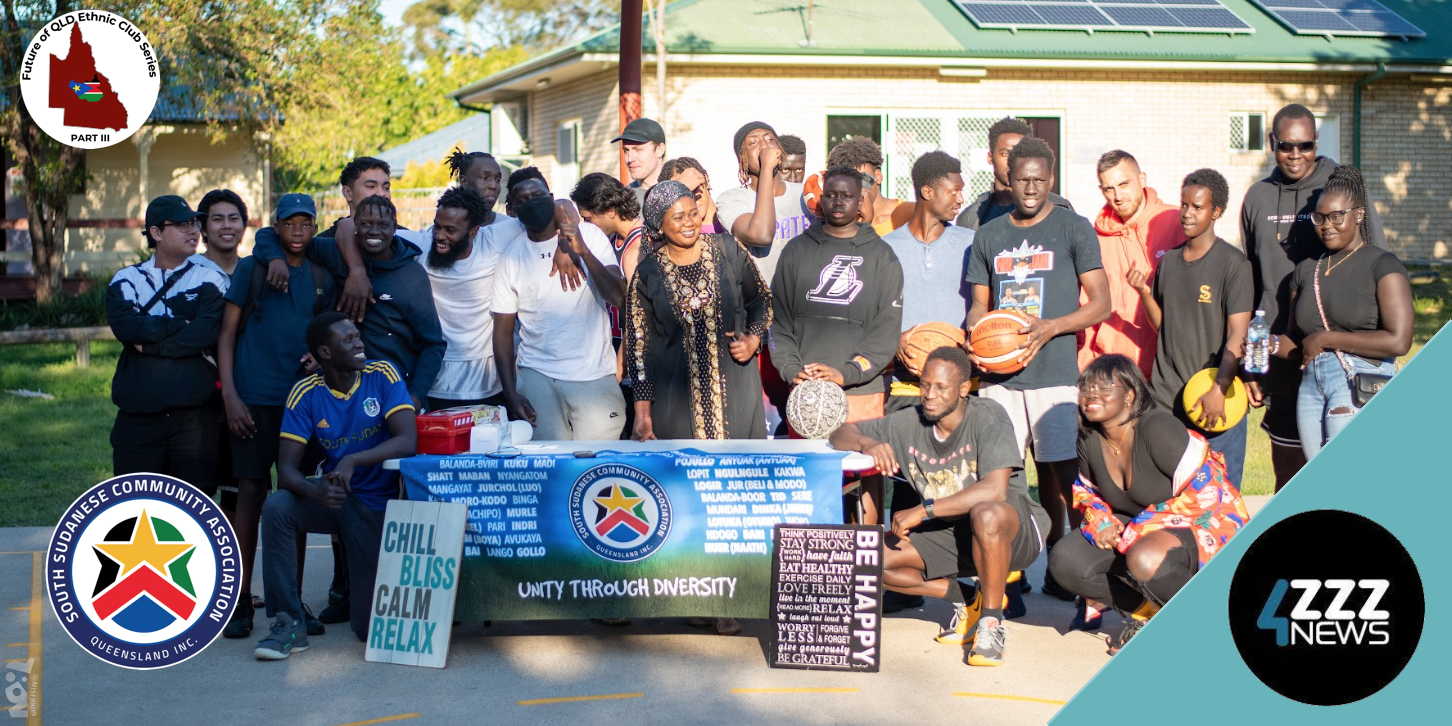 Australia is known for being a multicultural country with migrants across the globe making the 'Land Down Under' their new home. These communities began establishing their own community clubs in a unfamiliar land as a way of having a ‘home away from home’, keeping their culture, language and people together.

Now with a Brisbane-based African ethnic club (South Sudanese Community Association in QLD - SSCAQ), 4ZZZ's Toni Pankaluic spoke with Thiew Atem the club’s Secretary General and Bakhita Akot the club’s Head of Public Relations about South Sudan, its cultures, cuisine and people. He also learnt about the South Sudanese experience here in Queensland, and what the plans are for the SSCAQ going into the future.

Hereʻs an intro to the worldʻs newest country - South Sudan, and it is a place where you can find some amazing cuisines! Australians of South Sudanese origin have been representing the country in various sports with great success, read more to find out.

Toni Pankaluic is a Journalist and contributor to Brisbane Line