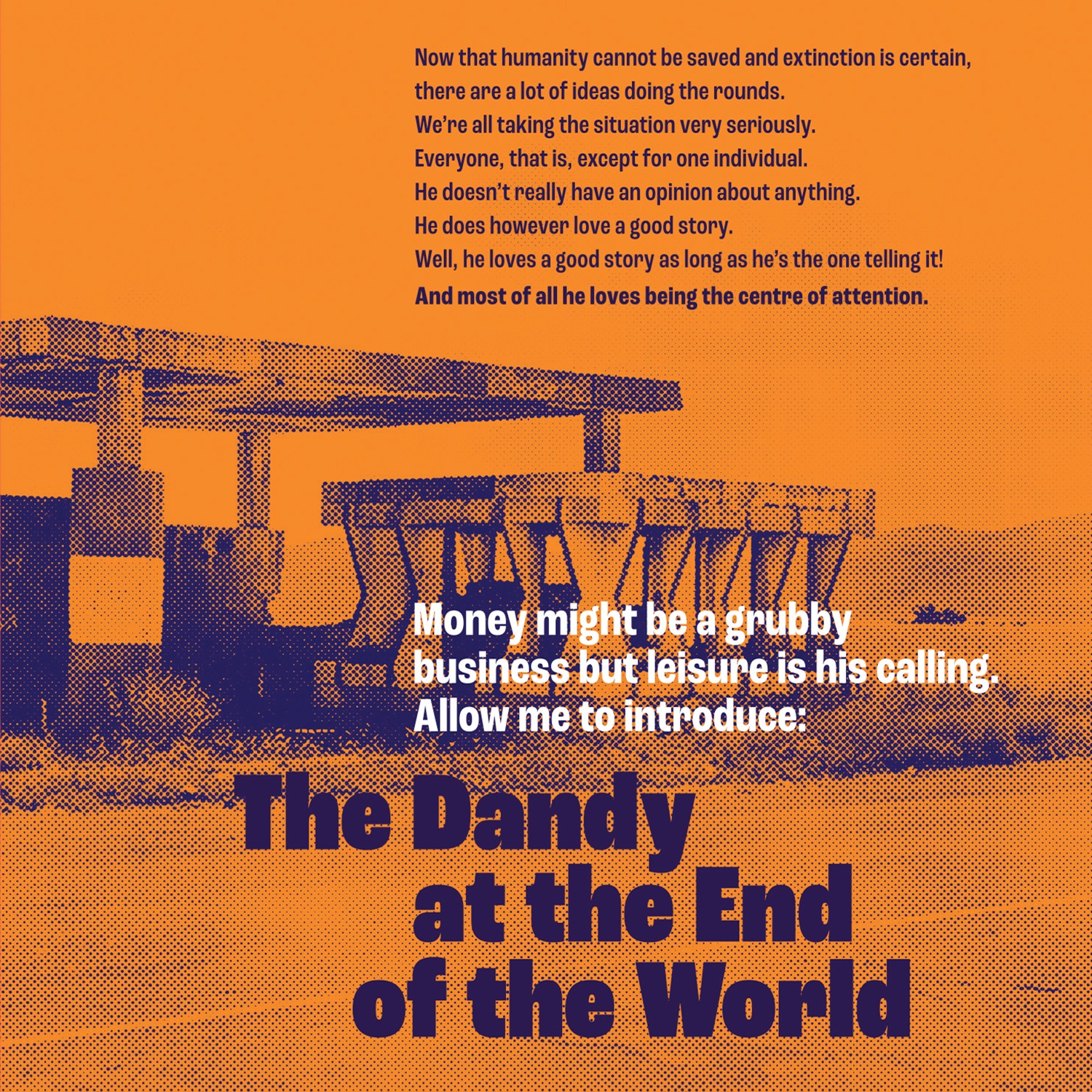 - Dandy At The End Of The World is one of five albums released on the same day by Brisbane’s The Songs Of Tom Smith – a feat truly worthy of a self-professed obsessive compulsive musician. Five albums of musically simple but lyrically dense folk-rock is a lot to get through, so I’ll limit my dissection to just the one, which in itself offers plenty for any reviewer to chew on.

As the name suggests, Tom Smith is the songwriter, but The Songs of Tom Smith is not quite a solo project. When playing live it is an act with a revolving lineup; and on Dandy At The End Of The World all the songs are full rock band arrangements, with Tom’s musical sidekick David Laczko taking the lead vocal on a few numbers.

I first came across Tom Smith through one of his other musical projects The Whoopee-Do Crew – a songwriting circle where Tom helped folks marginalised by disability and poverty tell their stories through music. There’s a bit of that spirit present on Dandy At The End Of The World – finding abundant songwriting material from the stories hidden in the fringes of our culture, and using music as a tool for therapy.

The therapy in this case is mostly in response to our contemporary existential crises of global pandemic and human-caused environmental catastrophe. Sometimes these are dealt with humourously - like the title track or on I Am The Virus, where the listener takes on the character of COVID molecules just searching for a home. At other times it is more bleak – the history of pandemics in Like The Plague, or in the studies of colonialism old and new that are Strike It Off The Record and The Project Will Go Ahead. Different disasters come together in quite a moving way on The Earthquake/The Pandemic, which explores the balance between the need for human contact and the health imperative to socially distance.

Another category of song is that which narrates the stories of those who strive to resist the apocalypse. Thanks To The Establishment and Let The Exorcism Begin find hopeful stories amidst the rubble, exploring tales of frontline activism against war and environmental destruction. Add to this the joyful Dumpster Dive Dinner Party, which delves into one of the ironies of our current crisis – while people starve to death, “there’s a dumpster full of fresh food round the bend”. Another song inspired by real life activists, it sings “a freegan never goes hungry... nothing goes to waste and everybody shares”.

So armageddon, as depicted by The Songs Of Tom Smith, is a very multi-faceted event. Much like our real life catastrophes, we are not merely impotent bystanders but can choose how we view any event and how we respond.

In this case all the aspects are united by Tom’s simple poppy songs, his eye for details and peculiarities; and a DIY enthusiasm that reminds us it is possible both to get your friends together to record five albums in a year, and to face the end times in one’s own individual style. As it says in The Code For Social Change, “dont go into the foetal position, you have to sit up and sing”.