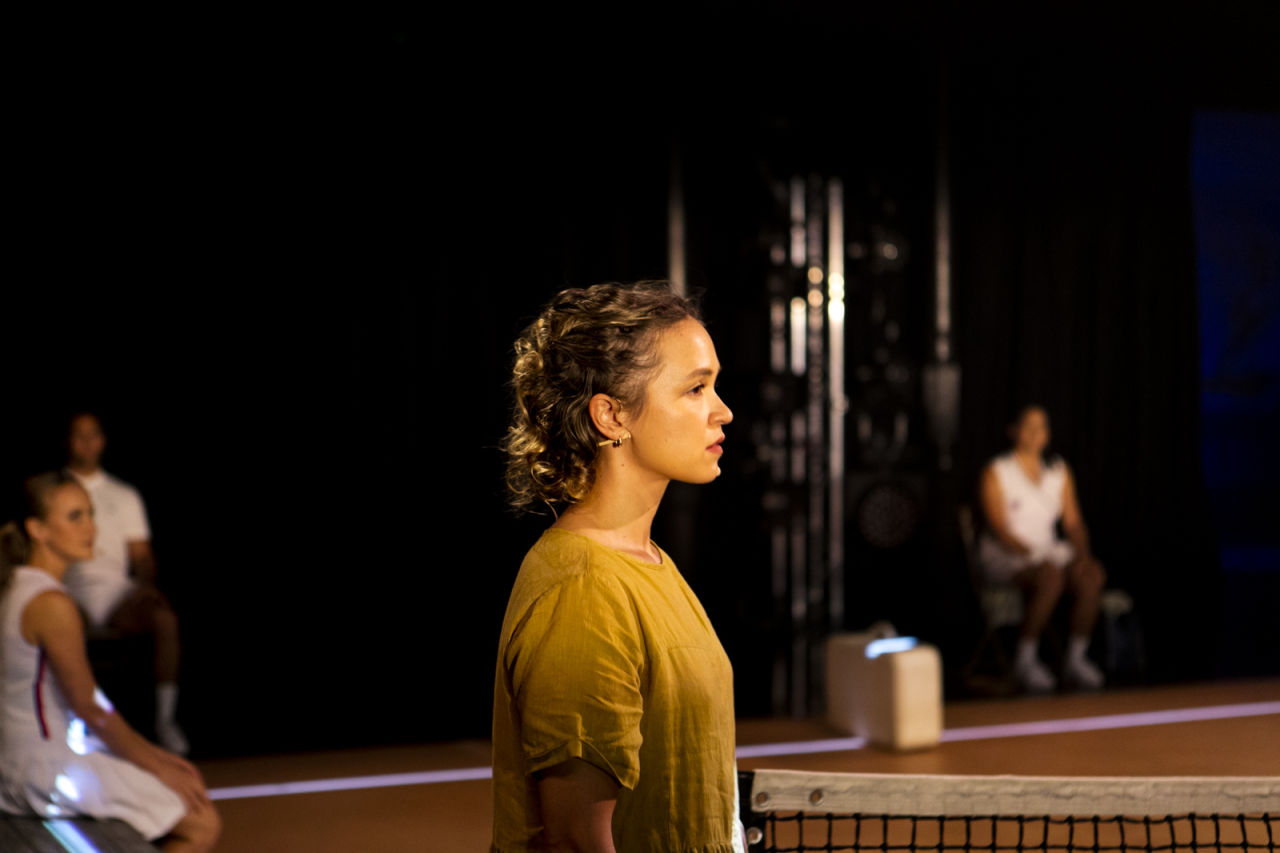 Brisbane Festival presents Sunshine Super Girl to QPAC audiences this spring, so settle in for a rag to riches tale that will shed light on black excellence during a far more prejudiced time in Australian history. Ash Barty is a household name but have you ever heard of Evonne Goolagong? Sunshine Super Girl provides audiences with an autobiographical retelling of this Indigenous tennis superstar with seamless execution.

Sunshine Super Girl, which was held in the Playhouse Theatre QPAC, had seating on stage with the main focus being the clay tennis court that took up the majority of the stage space. The “real life” audience being situated on stage added a new perspective to the performance, and the stage direction combined with the versatility of each of the four cast members, using their bodies as a storytelling modality, was astonishing.

The creative team behind Sunshine Super Girl deserves acknowledgement for the choreography and clever execution, and the handling of sensitive subject matter with grace. The acting was commendable, with narration providing clear context for each character change, and props were used to depict varying scenes. Sunshine Super Girl took an autobiographical approach to the source material, while thankfully not exploiting this opportunity to make a political statement that wasn’t true to the character.

Brisbane Festival has a killer line-up this year and if you have never experienced the magic of the Brisbane Festival, Sunshine Super Girl is a great place to start. With a strong focus on marginalised voices, the Brisbane Festival allows audiences to build bridges of understanding between other cultures and non-binary people. From circus, burlesque, opera, dance and theatre there is something there for everyone to enjoy. Grab a drink, sit down and step into someone else’s shoes for a night, you might just have a new perspective by the time you walk out the door.