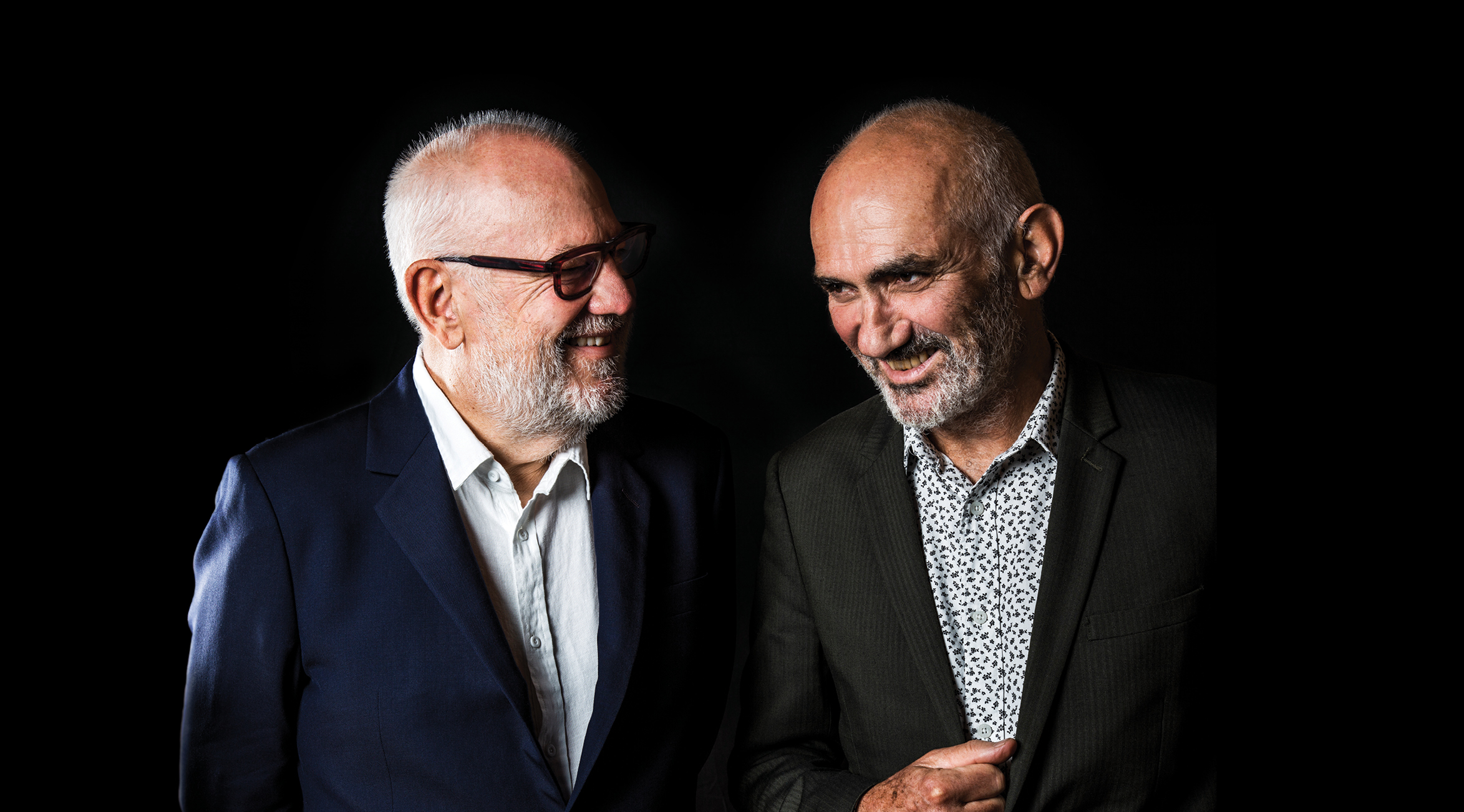 There is no denying Paul Kelly is one of Australia's greatest music icons. Kelly’s music has been a part of Australian culture since his career started in 1985. His song ‘How To Make gravy’ has become a Christmas anthem of sorts and it is every pub cover acts duty to include ‘Dumb Things’ or ‘To Her Door’ or face the wrath of lager infused heckles. Paul Grabowsky is a pianist/composer and has worked in jazz, theatre and across a number of different cabaret projects. Grabowsky has written numerous scores for over twenty feature films and four operas, not to mention he is the founding artistic director of the Australian Art Orchestra. Grabowsky may not have the lengthy list of pop hits to his name like Mr Kelly; he is an incredibly accomplished musician and in polite terms the man can play the hell out of a piano.

Paul & Paul met in ‘95 on an Australian TV series for the ABC and reunited in 2010 for a tour, to eventually collaborate on an album in 2019 which included Grabowsky’s arrangements on covers and reworkings of Kelly's songs. Inspired by Frank Sinatra and Cole Porter the album ‘Please Leave Your Light On’ is an intimate experience with a ‘fireside’ feel. With Covid swooping in to cancel the planned tour P&P picked things back up to finally hit the road together two years later. The Brisbane Powerhouse is the perfect venue for this intimate gathering with its faded white brick backdrop inside the Powerhouse Theatre with a grand piano, waiting patiently to be played, adjacent an acoustic guitar which sat teasingly at the back of the stage, both artists knowing full well we were waiting to see Kelly pluck its strings.

They open with the lush ‘When A Woman Loves A Man’ with Kelly standing expressively in the middle followed by ‘Petrichor’ from 2017’s Life is Fine album. Kelly introduced a good chunk of the songs and gave us incredible insight behind the lyrics' meaning as well as how each song came into fruition and it was a real treat to hear for longtime fans. They gave a stirring rendition of Cole Porter’s ‘Everytime We Say Goodbye’, which helped tie things back to the influence of what they had set out to achieve and it was moving, and quite impressive, to see Kelly in this format, without his trusty sidekick (his guitar), and singing with his heart on his sleeve. Grabowsky fills so much of the theatre space with his musical ability, delicately layering textures and ramping up the intensity with a spectrum of tones.

Grabowsky is first to play a solo piece called ‘Angel’ he named after his daughter, while Kelly dives into the tear-jerking ‘They Thought I Was Asleep’ for his solo piece. The latter half of the performance doesn’t disappoint sampling some of Kelly’s greatest hits like ‘Dumb Things’ that although doesn't fit into the theme of the previous half of the performance satisfies the audience’s cravings to hear more of the well known songs.

The entire performance, from start to finish, felt truly special, like a one off for for the hardcore fans to see Paul Kelly showcase a range of songs from his greatest hits collection, even seeing him ditch the guitar to bear his soul to the audience. Kelly’s lyrics were front and centre accompanied by possibly the best live piano playing I have ever heard. The closing ‘How To Make Gravy’ was truly phenomenal and the guy in the queue for the bathroom after the show said it best, “I would've paid $1000 bucks just to hear that one song”. Hats off to Paul & Paul, you conjured magic this evening.