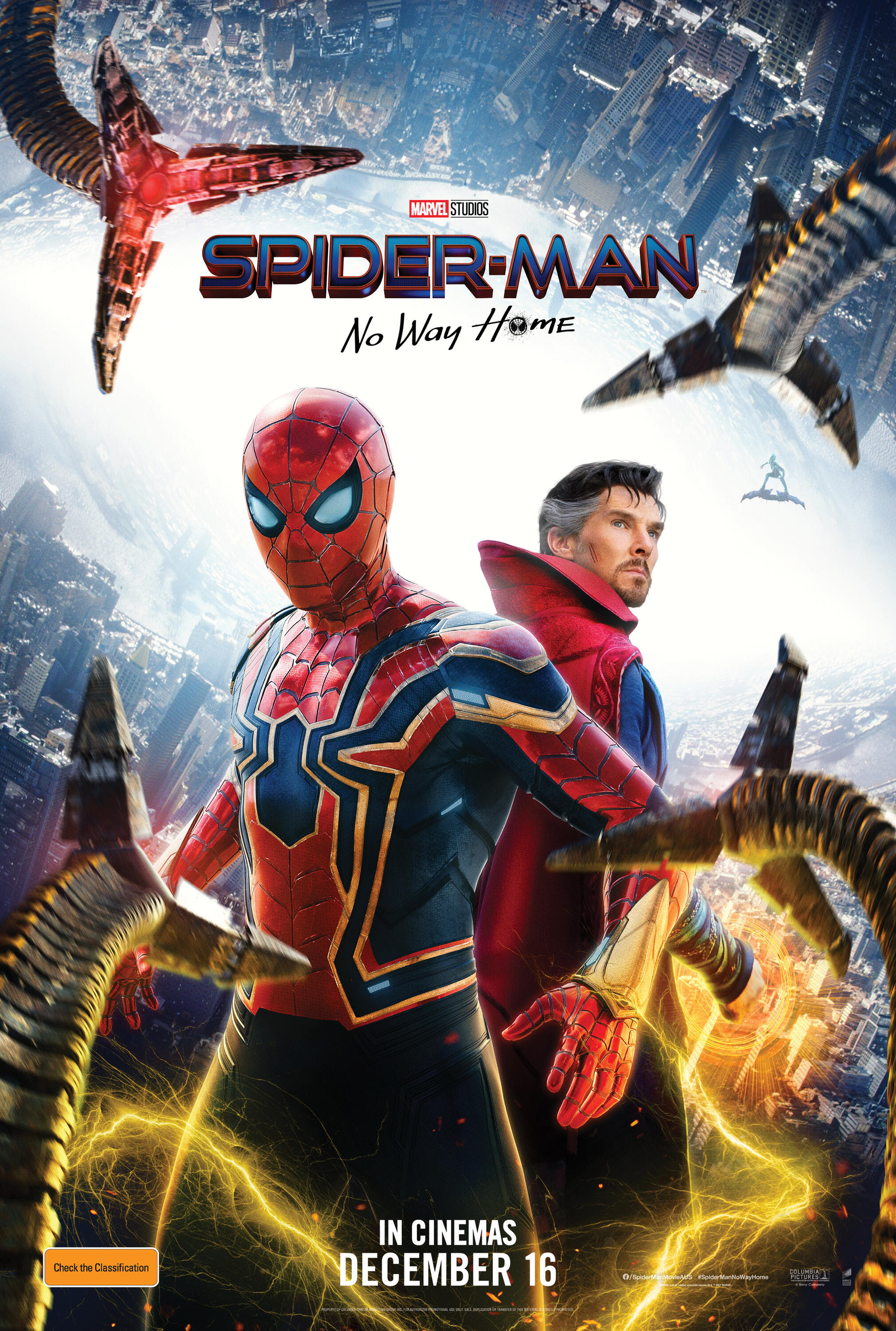 Simply put, Spider-Man: No Way Home ends the amazing Homecoming trilogy on a high note. Holland, Zendaya and Cumberbatch's strong performances provide a fun yet emotional impact. If you haven’t seen the movie, stop reading this review and go out and see it…you’ll thank me later.

Upon completion of the film, I walked away thinking that Tom Holland had successfully achieved his biggest goal in playing Spider-Man…And would become this generation’s Marty McFly. His performance was deep and varied, handling a range of emotions as he is forced to forge his own path in the world.

The teen romance between Zendaya as MJ and Holland as Peter Parker is simply put a joy to watch, and their romantic dynamic, which developed naturally over the trilogy, is completely unique in comparison to other MCU couples in similar super-powered situations…The good old find out your friend has superpowers, help them save the world and fall in love along the way. e.g. Shang-Chi and Katy from Shang-Chi and the Legend of the Ten Rings.

While in the first movie the strong almost parental relationship between Holland and Downey, shared many similarities with that of ‘Marty’ and ‘Doc’ from Back to the Future. The second movie intentionally subverted this focus on interpersonal relationships in the reveal of Mysterio’s master plan. It was refreshing to see the ever changing dynamic between Cumberbatch reprising his role as Doctor Strange and Holland. Expressed through well written dialogue and visuals that will leave die-hard Marvel fans questioning the relationship between science and magic in the MCU, while they patiently wait for his return in the multiverse of madness.

Spider-Man: No Way Home features the return of Willem Dafoe and Alfred Molina, reprising their roles from nearly twenty years ago, as surprisingly deep and meaningful characters. They alone give the film a feeling of paying homage to the cinematic past of Spiderman. To avoid spoilers, this film goes further and will truly delight long term Spiderman fans. However while successfully paying homage the team behind this movie have gone to great lengths to ensure that viewers who have only followed Holland’s Homecoming trilogy aren’t lost.

While the movie has all the expected CG, fast paced action, snappy writing and draws upon the rich tapestry of well developed character portrayal that we come to expect with Marvel, Spider-Man: No Way Home still maintains a unique feeling of the classic 80’s coming of age teen movies. The director Jon Watts has masterfully drawn inspiration from John Hughes the director of The Breakfast Club and Ferris Bueller's Day Off. Which gives the film a feeling that I think surprises many who are suffering from superhero burn out.