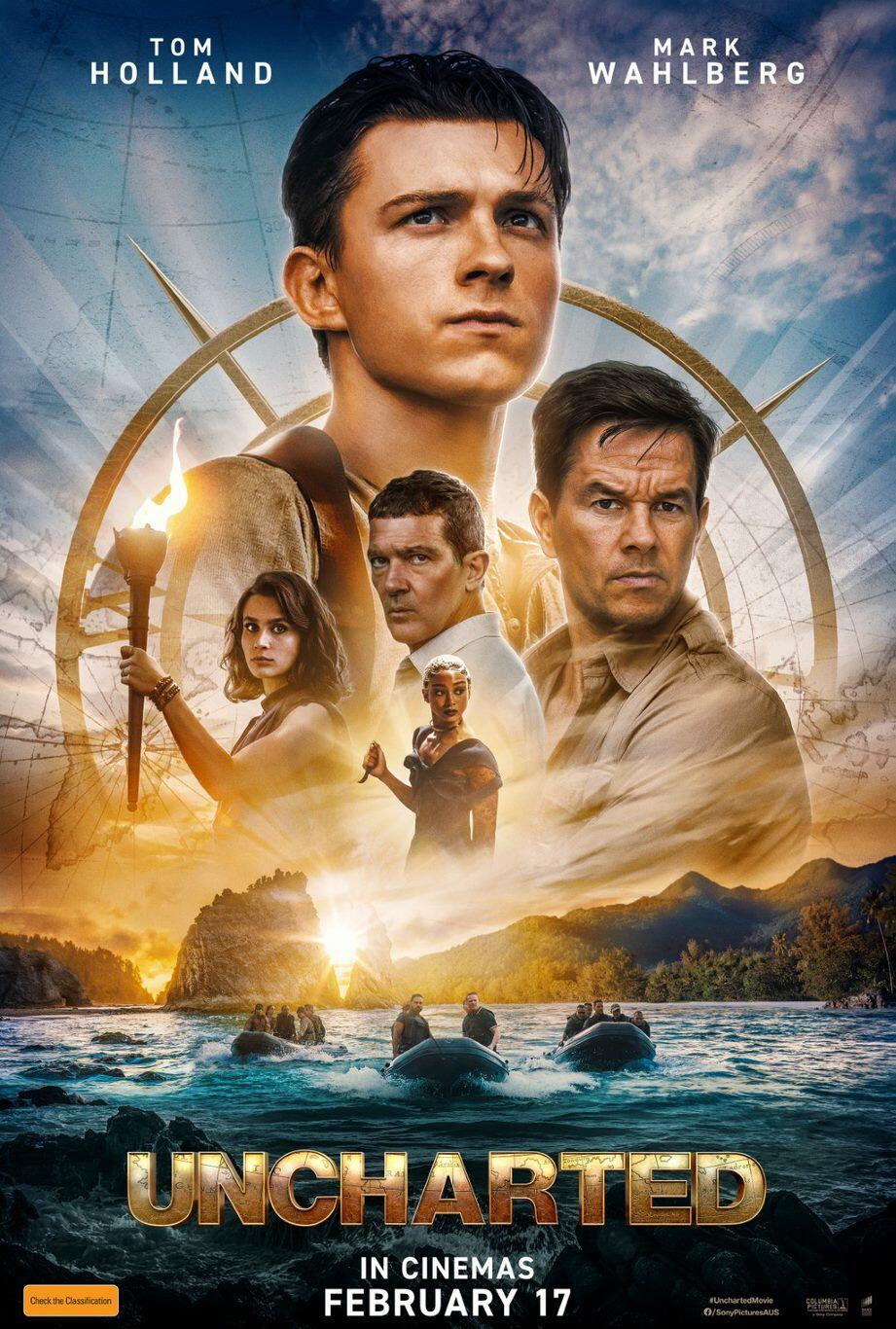 Sony Pictures presents Uncharted (2022), based on the tomb raiding video game series of the same name, starring everyone's favourite Marvel action hero Tom Holland who is buddied up with Mark Wahlberg, who in turn brings his a-game to the big screen.

The chemistry between Holland, who stars as ‘Nathan Drake’ and Wahlberg who portrays ‘Victor Sullivan’ is entertaining to watch as we spend a better part of the film bounty hunting and chasing off goons. It is refreshing to see Holland step away from his spidey suit for a moment in this bounty-hunting adventure and he clearly brings his comedic chops to the table. The relationship between Wahlberg and Holland is tested throughout the film but the audience gets a resolution that stays in line with the core character values of the original content.

Uncharted is not only a comedic blast but features a number of exquisite locations that pop on-screen thanks to the superb cinematography and colour grading. The film is enjoyable to watch not only because of the chemistry and comedic timing between Holland and Wahlberg but the fast-paced action adventure that almost makes you feel like you are in the game itself. It is safe to say I felt like picking up a copy of the original game after watching this film as the storyline and tomb puzzles looked like a lot of fun.

Whether you have played the original video games or not this is a thrilling adventure that draws comparison to the well loved Lara Croft: Tomb Raider series and simply can’t be missed. Uncharted also has its fair share of baddies including Sophia Ali as ‘Chloe Frazer’, Tati Gabrielle as ‘Braddock’ and we can’t forget the last descendant of the Moncada family ‘Santiago Moncado’ played by Antonio Banderas, who are all eyeing the same loot which in turn increases the stakes for our heroic duo. Whether you are a fan of the original games or would like to see more from Holland on the big screen Uncharted is a must see.