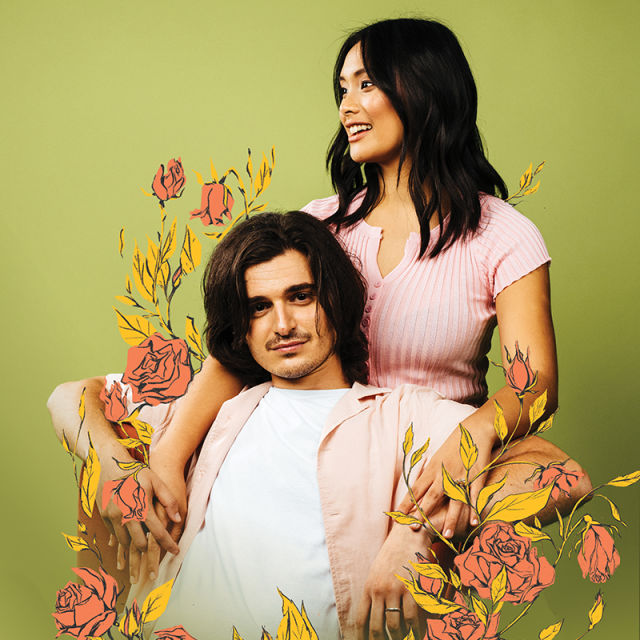 La Boite Theatre presents The Last Five Years, written by Jason Robert Brown, to their stages this winter season so rug up and enjoy a Manhattan in the Roundhouse Theatre as you allow yourself to be moved by the bittersweet melodies of the night. The intimate environment created by the Roundhouse Theatre allows you to completely immerse yourself in the performance due to the proximity of the performers which allows you to feel like you are right there beside them as the events of the story unfold.

Danielle Remulta who plays aspiring actress ‘Cathy’ and Robert Tripolino who plays novelist ‘Jamie’ are the only two characters seen on stage throughout the entire performance and this adds to the intimacy of the setting as we only have two perspectives to follow. The Last Five Years centers around a concept that I have only since seen explored in Malaysian singer-songwriter Yuna’s music video clip ‘Lanes’ where a break up scene takes place in reverse. The performance doesn’t simply focus on the act of two people breaking up but rather examines the five year long relationship up to this point, where ‘Cathy’ is first seen at her wits end, and ‘Jamie’ falling in love for the first time.

This is a musical theatre performance after all and whilst the audience hears a number of bittersweet ballads sung by the talented Remulta, who realises she is falling out of love with ‘Jamie’, Tripolino balances this melancholic feeling by exuding a happy go lucky energy, exclaiming he has finally found the one. While Remulta’s storyline is playing in reverse, leading up to her wedding day, we see Tripolino fall in love with the aspiring actress with concerns that things are moving too fast. This concept plays out beautifully in a musical theatre setting, although a narrator at key moments could have been helpful to provide contextual clues. Lighting designer Ben Hughes has done a superb job as the lighting changes are masterfully cued at key intervals to enhance the dramatic tension in the scene.

The storyline is cleverly laid out for the audience to see not only the heart of the relationship and the reasons they stay together but also “Jamie’s” character flaws as well as “Cathy’s” lack of fulfillment. This is a brilliant performance that gives light to the complexities often present in romantic relationships. The Last Five Years plays until 18 June so make sure to grab a ticket while you can. Regardless of your relationship status it is worth seeing this gem of a musical theatre performance that isn’t afraid to scratch the surface and find what is hidden underneath.