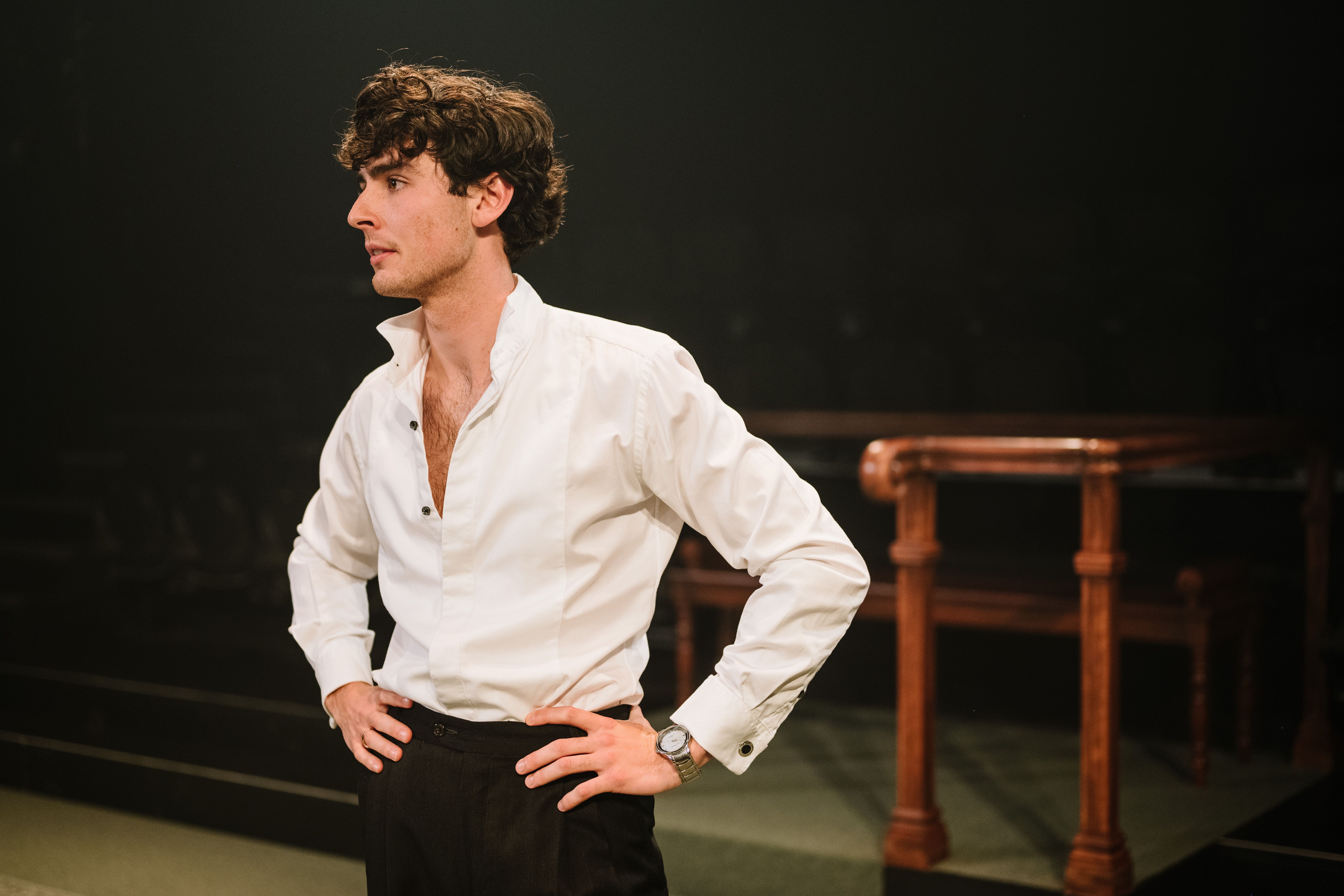 “Morality is simply the attitude we adopt towards people we personally dislike.”

Reimagined through the eyes of the 90’s zeitgeist, playwright Lewis Treston has made his mainstage debut with a hilarious take on Oscar Wilde's aforementioned play. From the opening notes of club banger ‘Jackie’ and the dancing stage crew in John Howard masks, this play reeks of 90’s cultural influence. Directed by Bridget Boyle with her usual comedic nods, this high energy show is full of stand out performances in a fictionalised Canberra in the lead up to a ‘1996-ish’ election.

Arthur ‘Artie’ Whig played by Will Carseldine is young, handsome, arrogant and just been told by his father (played by an Akubra wearing/David Boon moustached Kevin Hides) that he will be financially cut off if he doesn't get engaged and find a job. ‘Artie’ confides his conundrum to his eccentric bestie ‘Mabel’ (Billy Fogarty) dressed like she stepped off the set of ‘Blossom’ to which she sighs “Have you still not told him you're gay?”. ‘Artie’ is also trying to help another friend, Minister for the Environment ‘Robyn Shi’, who is in the middle of being blackmailed by “Artie’s” ex-lover, ‘Lucian’. To add to the drama ‘Robyn’ is also trying to keep this political scandal from her partner and advisor, ‘Gertrude Chiltern’. With some help from a randy Scottish journo, and best friend ‘Mabel’, ‘Artie’ plans to help his friends, trick his father so he can maintain his lifestyle as a socialite and change the future of the next election.

Lewis Treston’s adaptation has given the cast a queer makeover with all the key players relationships becoming more scandalous and salacious because of the change in attire. ‘Artie’ is too afraid to tell his father because he knows his reaction will be negative. ‘Robyn Shi’ fears manipulation by her political rivals because of her sexuality. The fear of being publicly outed weighs heavily on our characters, even the story's "villain" ‘Lucian’ has the threat of his being exposed thrown back at him.

From the fashion designed by Chloe Greaves, which instantly takes you right back to the mid 90’s with females in bowler hats, high waisted suit pants and character ‘Gertrude Chiltern’ dressed like she's from the movie Clueless. An Ideal Husband is fun, colourful, sexy and full of comedy, with Christen O’Leary’s character ‘Dame Tara Markby’ being one of the crowd's favourites with her coke sniffing antics. Emily Burton’s ‘Gertrude’ has some impeccable comic timing and leaves the audience wanting more. An Ideal Husband is a hilarious fresh take on Oscar Wilde’s work with unique Australian flair.