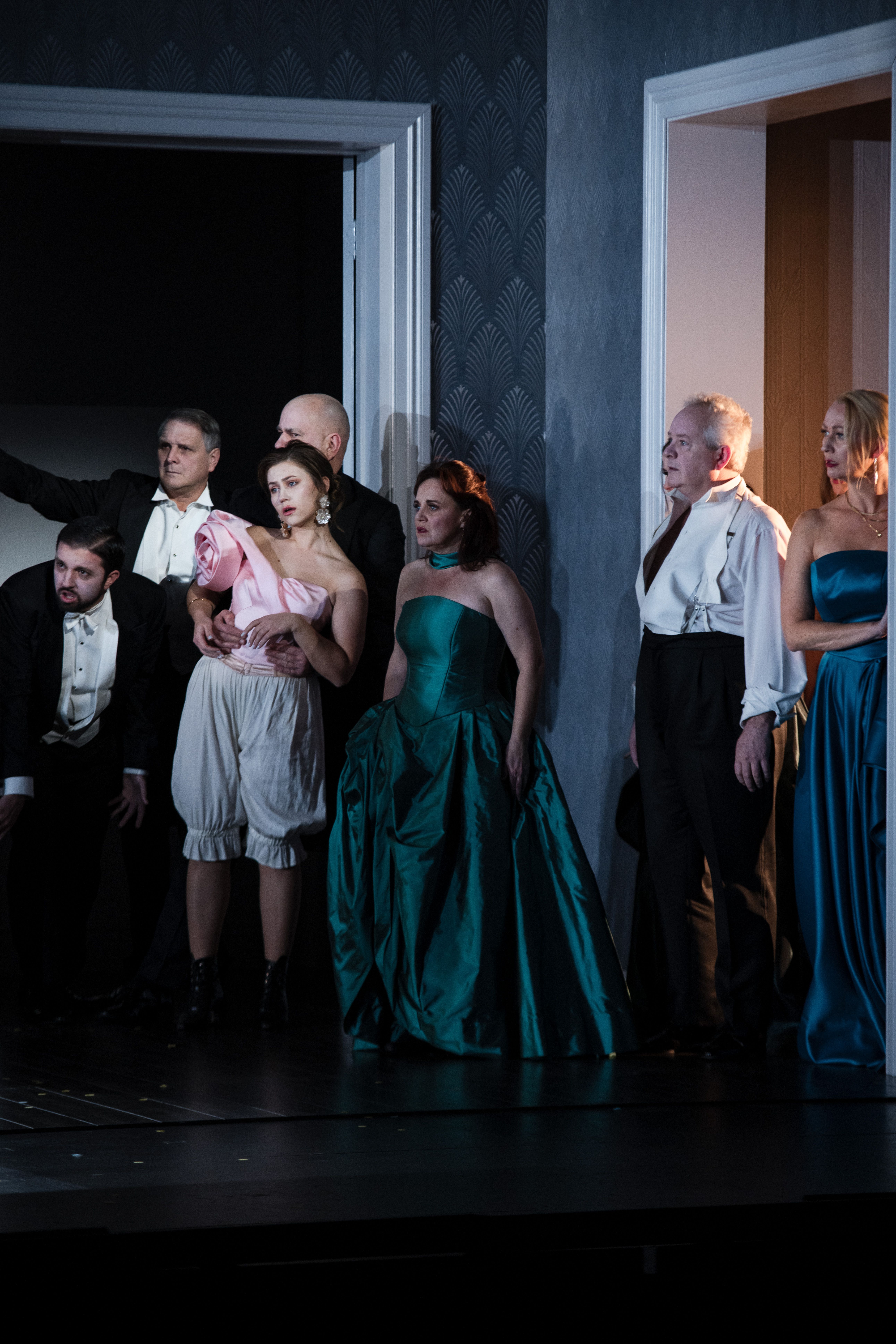 Opera Queensland presents La Traviata, sung in Italian with English subtitles, to the Lyric Theatre, QPAC stage this winter season and will dazzle you with its timeless charm. La Traviata was written in 1853 by Italian composer Giuseppe Verdi and it is to Opera Queensland’s credit that this 19th century work can be made relevant to the modern day. Witness the unfolding of a tragic love story and let yourself sink into the wondrous sounds produced by Queensland Symphony Orchestra and Opera Queensland Chorus conducted by the highly capable Dane Lam.

Director Sarah Giles has experly woven this narrative across a number of perspectives, be that the leading lady Violetta Valéry played by Lorina Gore, love interest Alfredo Germont played by Kang Wang, or Alfredo’s father Giorgio Germont José Carbó. These three characters are the central pieces to the telling of this classic tale set in Paris in the late 1950’s, and La Traviata dives into the connection between each of these characters and the obstacles they face along the way to getting what they truly desire.

La Traviata explores a number of different themes related to the roles women play in society and the restrictions placed upon them, which is highly relevant to the current political climate. Giles cleverly guides the audience through the storyline spotlighting Violetta’s heart wrenching pain as she is trapped within the confines of her body in more ways than one. The set design, masterfully designed by Charles Davis, was breathtaking. The set construction made for a hauntingly beautiful backdrop especially at key climactic intervals, such as the curtains billowing from the night air, and this nuance in the scene construction in combination with the expert lighting design by Paul Jackson, was unlike anything I had ever seen before.

Although there has been a lot of progress made in the last century there is more work to be done. As can be seen today with Roe v. Wade, women in the 21st century are still seeking liberation and the decisions that they can make about their own bodies is highly debatable by those in power. La Traviata is a tragic tale that goes beyond the surface to examine the power dynamic between women who sell their bodies and the men that pay for them and how societal influence can taint a woman’s reputation, limiting the decisions she can freely make for herself.

Opera Queensland has gone above and beyond to create a truly special work that has relevance to the modern day with a central message that runs deep in today’s political climate. La Traviata, with its lavish set construction, talented cast members and pitch perfect musical backdrop will melt through to your core and prove once again that opera is here to stay and there are many stories from history we will continue to retell but from a different perspective.