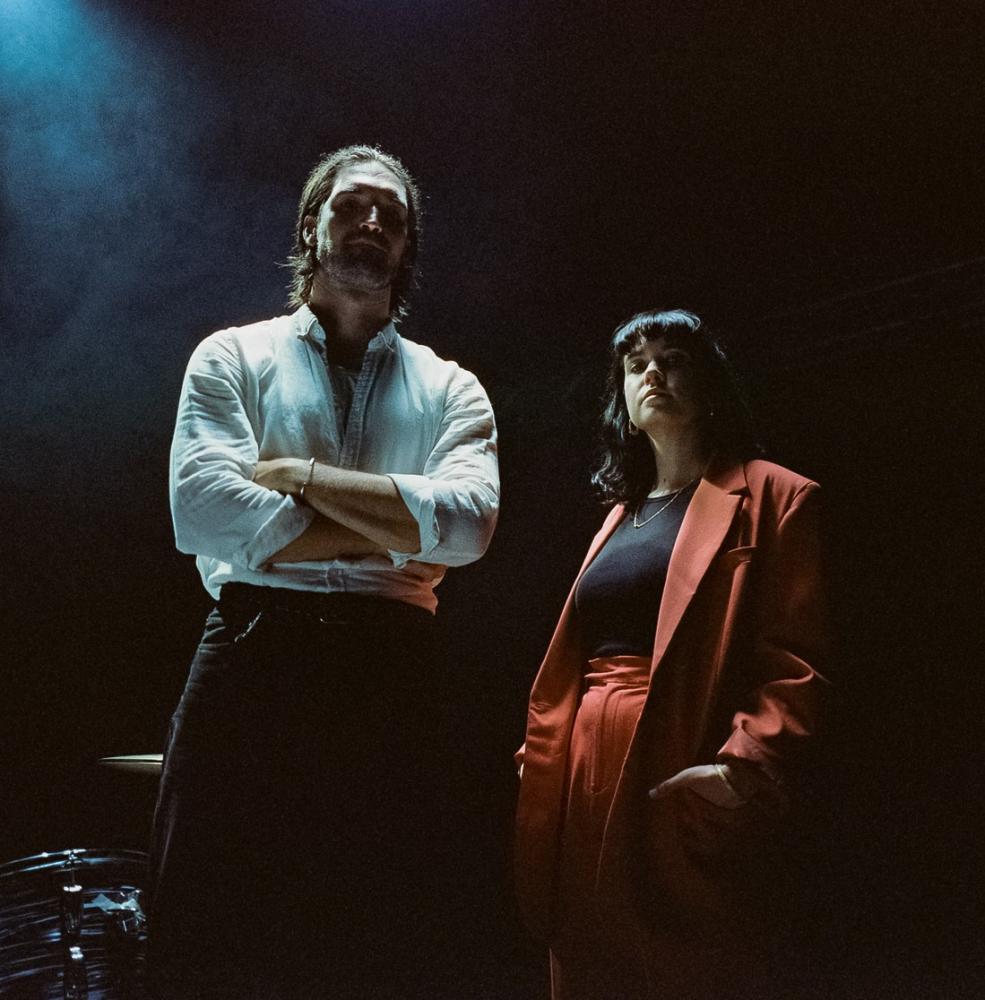 Hailing from Sydney, the incendiary duo Party Dozen careened into Brisbane last Thursday to promote their latest album (The Real Work) and after the Blues performance at Suncorp the night before it’s nice to see at least the NSW music scene can still hack it in Queensland. This was especially obvious after being treated to two excellent local openers.

Duo Doggie Heaven kicked off the evening with their signature pallet of '80's pop revival. Highlights of the set included the band's only single (so far) After Dark as well as an excellent cover of Money by The Drums, both of which were fitting showcases for vocalist Isobel’s mysterious charm and guitarist Kyle’s song writing/arranging chops. Full Flower Moon Band’s grounded riff-rock might seem an odd follow up, but if there was any whiplash felt in the audience it certainly didn’t affect the second opener’s lively reception. The band saved the best until last, closing with their most recent single, the moody NY-LA.

Those familiar with Party Dozen’s music -a mixture of jazz, industrial, no-wave and many other genres- will know that its highly improvisational nature exists in very stark contrast to the tightly structured songs and performance styles of the two openers. This created an interesting situation going into their performance in that the audience was almost entirely unprepared for the style of abrasive and dense music about to be put on display. Any pretence that the Sydney duo was going to ease the audience into things was quickly abandoned.

Kirsty Tickle’s saxophone, already an understated sound in the band’s recordings, was almost in danger of being drowned out by the intense, blaring samples and drummer Johnathon Boulet’s commanding presence. Despite sounding like a criticism, this was in fact the live set’s greatest strength.

The Iron Boot and Fruits of Labour are great examples of this, with a twisted and strained sax tone creating an ethereal feeling over otherwise very gritty instrumentals. Kirsty’s singing on songs like Macca the Mutt, far from offering a reprieve from this, leaned into it, with the heavy reverb combining with the strange visual of her using her instrument’s microphone by shouting into the bell. The crowd may not have been prepared for this sudden gear shift, but it’s hard to imagine what other bands could have matched the unique style Party Dozen has carved out for itself, especially when showcased as fantastically this.