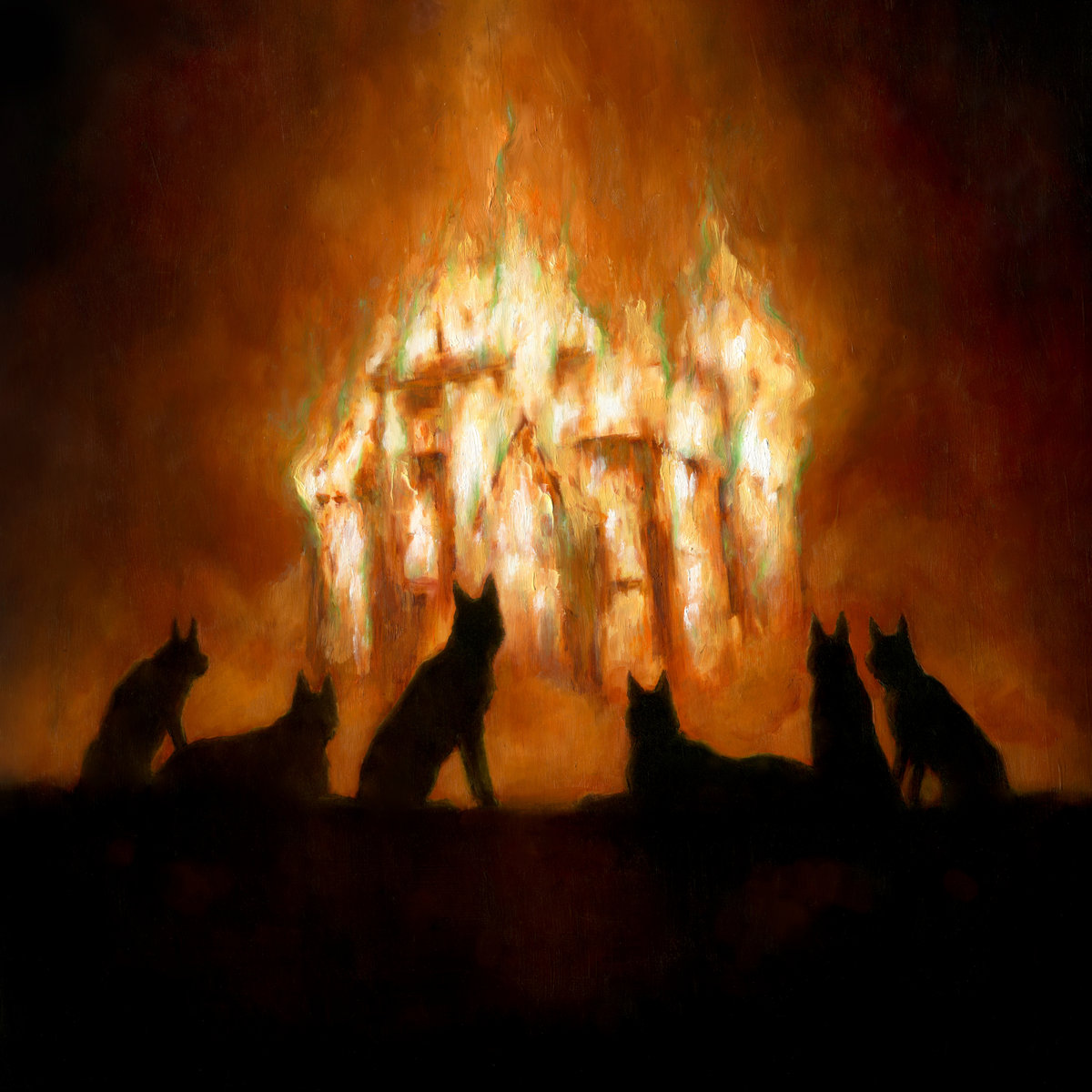 - California's Chrome Ghost returns with another powerful offering of highly varied progressive, gothic sludge/doom/post-metal. The band have been known to mix things up with each release, but I think it’s safe to say that House of Falling Ash is the boldest move that they've made to date. Not only have they dramatically altered their sound, but they've also chosen to go down the path of the concept album. Before getting into the music too deeply I think a basic understanding of the core themes at play here. The band describe the album's focus as being:

...about a sort of dreamscape of the unconscious where the pain and secrets of our lives rest locked away in a decrepit home choked in roses and encircled by guard dogs. This pain has nowhere to go and the world (and the house) are crumbling around it and threaten to go down in flames.

These themes and concepts can be felt throughout the album and are perfectly in line with the tone and energy of the album. On that note, let us talk music, or to be more specific, let’s start with vocals. Jake Kilgore is a force of nature on this album, both with his cleans and his gutturals. His voice feels almost angelic at points and carries a huge weight of emotion behind it. His harsh vocals however are absolutely crushing and have a huge amount of power behind them. To call them commanding is an understatement and the fact that they're used sparingly makes them that much more impactful. There's something about his singing on this album that takes me back to how I used to feel about Opeth back when I first discovered them during their extreme metal/prog days. That incredible duality of moving beauty on the one hand and raw power and aggression on the other can be felt here on this album.

Instrument wise I have to give huge props to Jacob Hurst for his drum work on this album. Honestly, he is mesmerising for the entire duration of this release and the variety of different styles he employs is hugely impressive. Some of the rhythmic patterns he employs are almost hypnotic in nature and completely suck you in. At other times he gives the listener a relaxed, atmospheric offering that ties in perfectly to what the strings are doing.

Joe Cooper's bass work on the album is also a thing of beauty and the depth of tone on display is just awesome. This is some THICK and chunky bass, and it rumbles its way right through the album adding a real heaviness to the mix. When paired with Jake’s highly varied guitar work and his impressively textured synth it gives the album a really well developed and balanced sound. The more post-metal elements on the album are some of my favourites too and we have the string instruments to thank for these stunning segments. They just open up the songs in a way that makes them feel as if they are washing over you or that you are basking in them.

Some of the guest artists' contributions to the album go a long way to helping develop its overall sound. For me personally the inclusion of Pat Hills' pedal steel, guitar and synth elements really add some additional depth to the release. The same can be said for the guest vocals of Eva Rose and Susie Mcmullin, who bring some additional vocal variety to the release and add some great dramatic effect. We also have guest guitar from Yseulde which brings some additional complexity to the mix.

This is one of those albums where it's actually pretty hard to pick a favourite song. I say that because each track has something unique to offer and given the way that the band take time to expand and develop their tracks, each contains moments that I love. So, I really can't do a favourite track selection for this particular release. I think the ones that I've come back to the most though are Rose In Bloom, Where Black Dogs Dream and House of Falling Ash. Each of these finds such a great balance between heaviness and atmosphere.

Overall, I think that the band's new direction is an impressive one. While I've enjoyed all of their albums, I think that this one is possibly their most ambitious and proves that they can basically do anything that they set their minds to.